It wasn't the seminal hardcore of their GI LP that hooked me on the Germs; it was the mess captured on their Live At The Whisky LP (later released as "Germicide" on ROIR). The crushing lack of musicianship, shamelessly evidenced on their first 45, should serve as inspiration to any would-be punk rock band member. The other song on this 45 "Sex Boy" was recorded on the set of Cheech & Chong's Up In Smoke. The Germs performance didn't make the film's final cut, but the Dils ("You're Not Blank") and Brats ("Psychotic") appear in short 'n' sweet style. Up In Smoke director Lou Adler's affinity for punk rock continued in his next, final, and even funnier film Ladies and Gentlemen, The Fabulous Stains which included Black Randy & The Metrosquad footage. By the way, the Screamers did a ripping cover of "Sex Boy" which can be found on the Demos 1977 - 78 bootleg LP. For all my gabbing about their "Forming" 7in, I don't pretend that the Germs' follow-up Lexicon Devil EP does anything short of incinerate this previous 7in. (much like the Misfits' Bullet EP did to their lounge rock Cough/Cool 7in. debut), but "Forming" was where it all began. And so I'll begin BMF's new serial by dissecting this first Germs 45... it was, appropriately enough, a rough start. 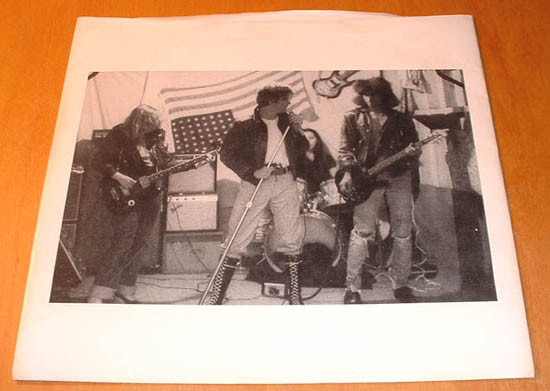 Our man Chris Ashford wrote me this: "The original pressing was flawed with labels on the wrong side which the pressing plant replaced. We had no idea that anything would be worth anything to anybody so throwing 500 over a hill wasn't out of the question. The first labels said in mono, which had to be changed. The first run of sleeves said send one dollar to my address at the time which was taken off the next printing. Those first ones [picture sleeves] were not destroyed and made it out. I think the yellow label issue was actually the 4th pressing, and some may of had the tail end of one of the sleeve printings, after they ran out, I didn't print anymore."

Chris also said that the inserts were changed repeatedly and that as the band got more serious, they decided to remove "once more you morons" and the bogus ASCAP reference. 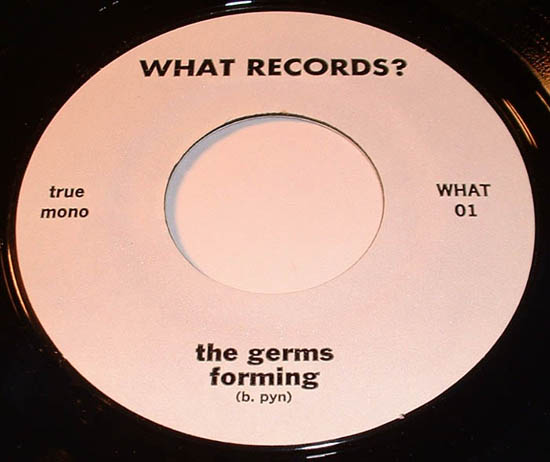 LABEL: "true mono" and on wrong side ("Sex Boy" plays instead of "Forming").
Other label is black with no printing. On those not destroyed, precious few included sleeves or inserts. 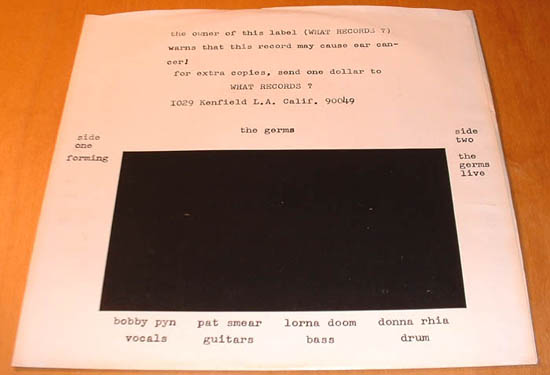 SLEEVE: A $1 offer on the back indicates a first issue sleeve.

INSERT ~ 1st press variation: extra chorus typed out, handwritten "Lexitron Music/ASCAP", no "by Bobby Pyn"
(I believe this to be an early version of the more common insert directly below) 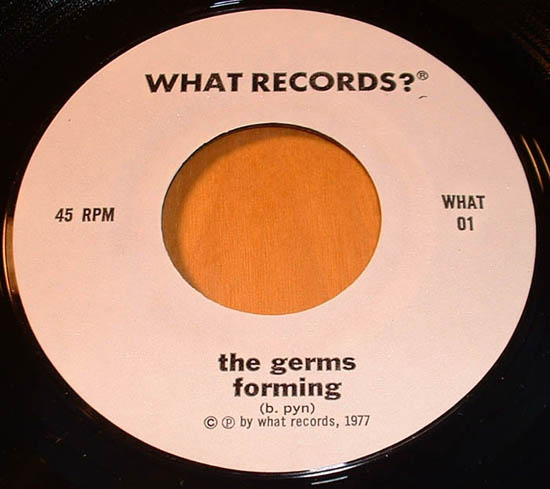 Sleeve has $1 offer on back PS (as above). Same run used on the 1st press.
Insert has "once more you morons", Published by Lexitron Music/ASCAP (as above).


Labels are identical to 2nd pressing. Back sleeve no longer has $1 offer.
The insert no longer has the "morons" and "ASCAP" reference.
Often in far cleaner condition than earlier pressings. 1000 pressed. 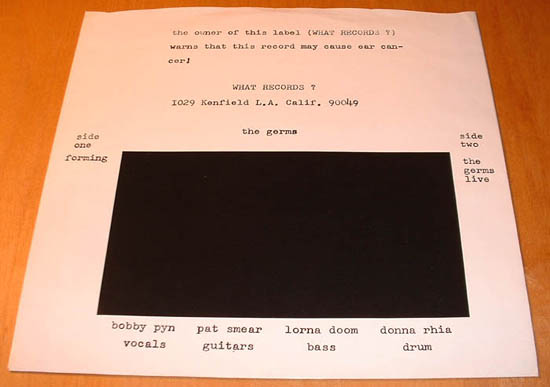 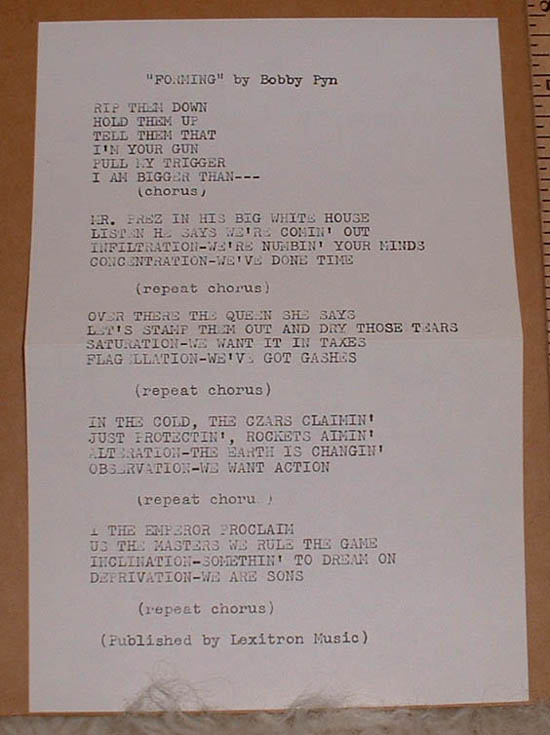 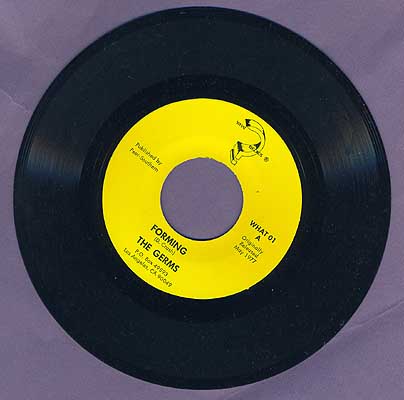 CAVEAT EMPTOR when buying what is touted as 1st press on this record. Because of the multiple pressings and subtle differences between those pressings, this record is prone to mixing and matching by both well-intentioned record collectors (ignorant of pressing differences) and shifty sorts.